What was the Nagara style of temple architecture ?

The Nagara style is mainly associated with the land between the Himalayas and Vindhyas. According to Peter Hardy, ''Nagara and Dravida (another style of architecture in South In
dia) should be understood as architectural languages, in the sense that they provide a vocabulary, a range of elements, and a family of forms which can be put together in different ways."
The basic plan of Nagara temple is square, with a number of graduated projections (rathakas) in the middle of each face which gives it a cruciform shape in the exterior. A temple tower or a conical or convex shikhara marks the elevation of the temples. The shikhara consists of several layers of carved courses usually crowned by an amalaka (notched ring stone).
The two basic factors of the style- the cruciform plan and the curvilinear shikhara are visible in northern temples from the 6th century CE, in the late Gupta period. Earlier temples began with a single projection on each face and the plan came to be known as triratha. Later in the course of time, the number of projection was increased. The Dashavatara temple at Deogarh, UP, and the brick temple at Bhitargaon, UP are examples of early Nagara style of temples.
Over the course of time, many regional developments of Nagara style have emerged without altering its basic characteristics. Some of them are:

The Kalinga school of architecture developed between the seventh and thirteenth centuries in Orissa. The Orissan temple remains nearest to original archetype and has justly been described as exhibiting the Nagara style in its greatest purity. The early temples of Kalinga style had a simple curvilinear tower over a square garbhagriha and a mandapa called the jagamohana with a flat roof.
The earliest temples in Orissa ( Satrughneshvara group, Pascimesvara, Markandeyesara and Bhuvanesvara), all more or less fragmentary, have a close affinity with the archetypal design of the Gupta sikhara temple. They show triratha plan. The best example of early Kalinga style architecture is the seventh-century Parashurameshvaram temple in Bhubanshwar (Orissa). Dedi
cated to Shiva, the temple consists of a mandapa (jagamohana) and a garbhagriha, topped by a curvilinear shikhara (know as rekha deul), with an amlaka on top. This temple shows an advance on the archetypal design in its anticipation of the future anticipation of pancaratha plan.
The Mukteshvara temple in Bhubaneshwar, constructed in the tenth century under the patronage of Somavamshi dynasty does not signify any definite transition between early and late Orissan style architecture but shows the beginning of a mature phase of temple architecture in Orissa. The temple faces west and is enclosed within a short wall. The entrance is through a free-standing beautifully carved torana (arched gateway). The sanctum is pancaratha in plan and the jagamohana has a pyramidal superstructure. The Siddhesvara, the Kedaresvara and the Brahmesvara temples represent the transition from the Nagara form to the typical Orissan form.

In course of time, the Nagara temple in Orissa assumed a particular individual form. Its principal characters were the five-fold division of the bada (cubical assembly hall) and anga-shikharas. The best known example of the later style of Kalinga school is the eleventh century Lingaraja temple at Bhubaneshwara and thirteenth century Sun temple at Konark. The Konark temple represents the fulfilment and finality of the Orissan architectural monument.

Grand temples were created in Gujarat and Rajasthan in the early medieval period under the patronage various Rajput dynasties that emerged in the western Indian from the seventh century CE. Both the Brahmanical and the Jaina temples were constructed under the patronage of the Guhilas of Mewar, the Gurjara-Pratiharas and the Solanki (Chalukyas of Gujarat). Not only kings but Jaina merchants too constructed many temples in Western India. Historian M.A.Dhaky have divided the western India architecture into three-sub categories- the Maha-Maru, Maha-Gurjara and Maru-Gurjara.
The Maha-Maru refers to the architectural style that flourished in the region on Marwar and is recognized by their high and moulded terrace or jagati and multi turreted spire and ornamental sculpture (examples can be seen at Chittor, Osia, Sikar and Mandor), the Maha-Gurjara style of architecture flourished in Gujarat and was characterized by pyramidal roof and sparse sculptural ornamentation (examples can be seen at Roda, Kutch and Shamalaji) and lastly the Maru-Gurjara style of architecture that evolved by the eleventh-twelfth century and combined the architectural styles of Maha-Maru and Maha-Gurjara. The rang mandapa of the Luna Vashi temple, one of the Jaina marble temples at Dilwara marks the zenith of the Maru-Gurjara style of architecture.
In Gujarat many of the early Nagara temples appear to have been provided with a wooden ambulatory around the sanctum. The earliest and most eminent temple of this type is Gop in the Barda hills. Nagara temple in Gujarat took precise form during Solanki rulers. The general scheme of Solanki temple consists of the sanctum and the pillared mandapa combined in axial length. The Sun temple at Modhera was constructed in the eleventh century CE under the patronage of Solanki ruler Bhima I (1022-63). The temple faces east, where lies a large kunda or water tank. On the western end of the tank stands an ornamented free standing torana, which acts as a transition between the tank and the temple. The temple itself consists of a porch followed by an assembly hall (gudhamandapa), a grabhagriha and a pradakshinapath.

In Central India, the Nagara temples reached one of its most exuberant forms. A typical Central Indian temple is usually saptaratha in plan and the cube of bada is divided into seven sections by two bandhanas. Constructed under the patronage of the Chandella rulers between the tenth and the twelfth century, the temples of Khajuraho represent the epitome of Nagara style of architecture in Central India. According to the oral tradition, eighty-five temples stood at Khajuraho, but today only twenty-five survive.

The Pancaratha temple at Baroli, with three divisions of the bada, introduces for the first time the double amalaka and projections of the pagas beyond the gandi. The Amarakantaka temples of Kesavanarayana, Macchendranath and Pataleshvara have a sanctum, an antarala and a mandapa as a unified scheme. The eleventh-century Kandariya Mahadev temple dedicated to Brahmanical lord Shiva represents the peak point of the Central Indian architecture.The temple stands on a high platform and consists of a porch, a mandapa, a maha-mandapa, a grabhagriha and a pradakshinapath. The shikhara of the temple symbolizes Mount Kailash, the abode of Shiva and consists of eighty-four smaller shikharas.

Temples constructed in Kashmir during the early medieval period were a combination of Nagara style of architecture and Buddhist architecture. The best example of architecture from Kashmir is the eighth-century Martand Sun temple, near Anantnag in Jammu and Kashmir.

Popular posts from this blog

Al-Beruni and the Kitab al-Hind

Abu Raihan Muhammad ibn Ahmad commonly known as Al-Beruni was born in in A.D.973 in the territory of Khwarizm, then under the control of the Samanid ruling dynasty of Transoxiana and Persia. Beruni is a Persian word meaning or belonging to outside. As Al-Beruni was born outside the city in a suburban area he was given epithet of Al-Beruni. Al-Beruni was a Muslim of Iranian origin and was a great linguist and a prolific writer. Besides his mother tongue Khwarizmi, he knew Persian, Arabic, Hebrew, Syriac and Sanskrit. He had no direct knowledge of Greek but he was well acquainted with the works of Plato and other Greek masters. He is referred to in the works of some near contemporary writers as ‘alustadh’ or ‘the master’. (H.A.R. Gibb; J.H. Kramers 1986, 1236) In words of Abu’l Fazl Baihaqi, a near contemporary: “Bu Rihan was beyond comparison, superior to every man of his time in the art of composition, in scholar like accomplishments, and in the knowledge of geometry and philosophy. …
Read more 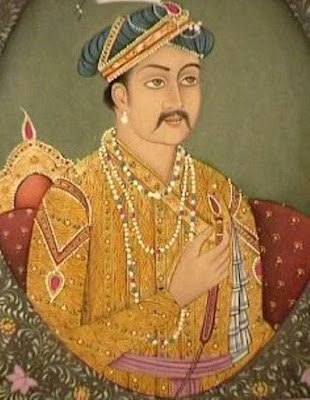 Akbar's religious policy is distinguished mainly on two aspects-his state policies and his own personal ideas and beliefs. His policies tended to be liberal and his general treatment towards the Hindus healed strife and bitterness and produced an environment of harmony and goodwill where there had been racial and religious antagonism of a most distressing character.
Some recent researchers on Akbar, have tended to focus on the factors contributing to the rise of his policy of religious tolerance based on the principle of Sulh-i kul, or 'absolute peace'. According to Iqtidar Alam Khan, ''Akbar's religious policies are often linked to his transformation of the nobility into a composite ruling group including within its ranks a fairly large number of Shias and Rajputs. There has been far less concentration on the nature of Akbar's personal world outlook and of the ideological influences that went to shape it and his religious policy in the last 25 years of his …
Read more